View Bag page 0
The Timex Blog
As Seen In 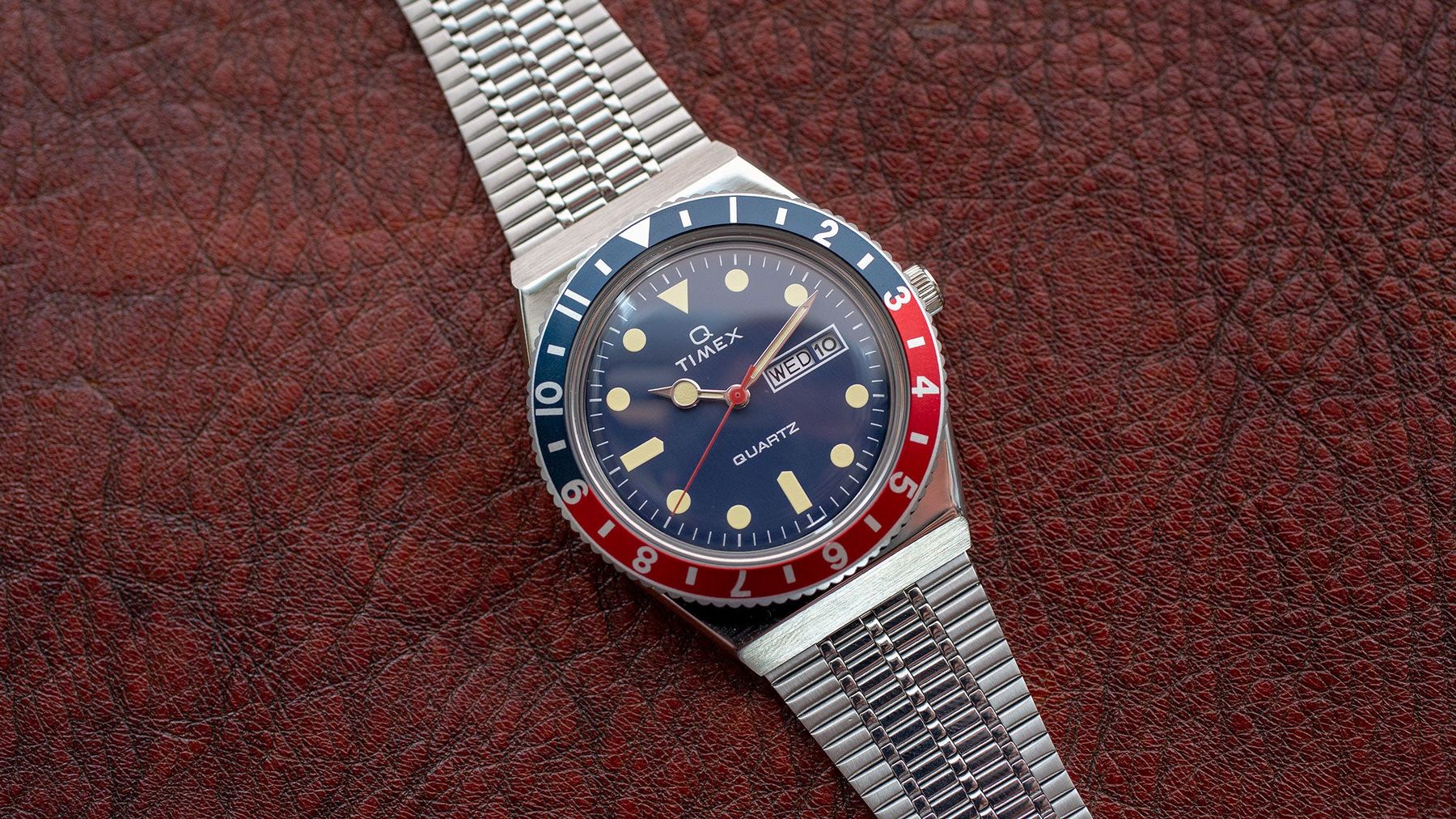 “Enter the Q Timex. The first quartz watch from Timex was produced in 1972, and by the time this model was released in 1979 it was clear that quartz was here to stay. Not only did it follow the quartz trend, it adopted some major design elements that had come to define the ‘70s, too, with a woven stainless steel bracelet, squared-off and beveled case, and a GMT Master-inspired bezel (which on the Q rotates, non-ratcheting, in both directions). The Q watches proudly displayed ‘Q’ branding at 12 o’clock to let everyone know that everyman Timex watches had officially moved into the quartz era.”