Todd Snyder and Timex collaborate again, this time producing the vintage-inspired Mid-Century Day/Date watch. A relationship that has seen many successful launches including the Peanuts collection, the Mod and the Blackjack, Timex and Todd Snyder continue to embody classic Americana along with a contemporary approach to quality workmanship.

Introduced at Todd Snyder’s show during New York’s Fashion Week Men’s on Monday, February 4th, the Mid-Century timepiece gets another step closer to Todd’s quest for a watch that will typify men’s style. 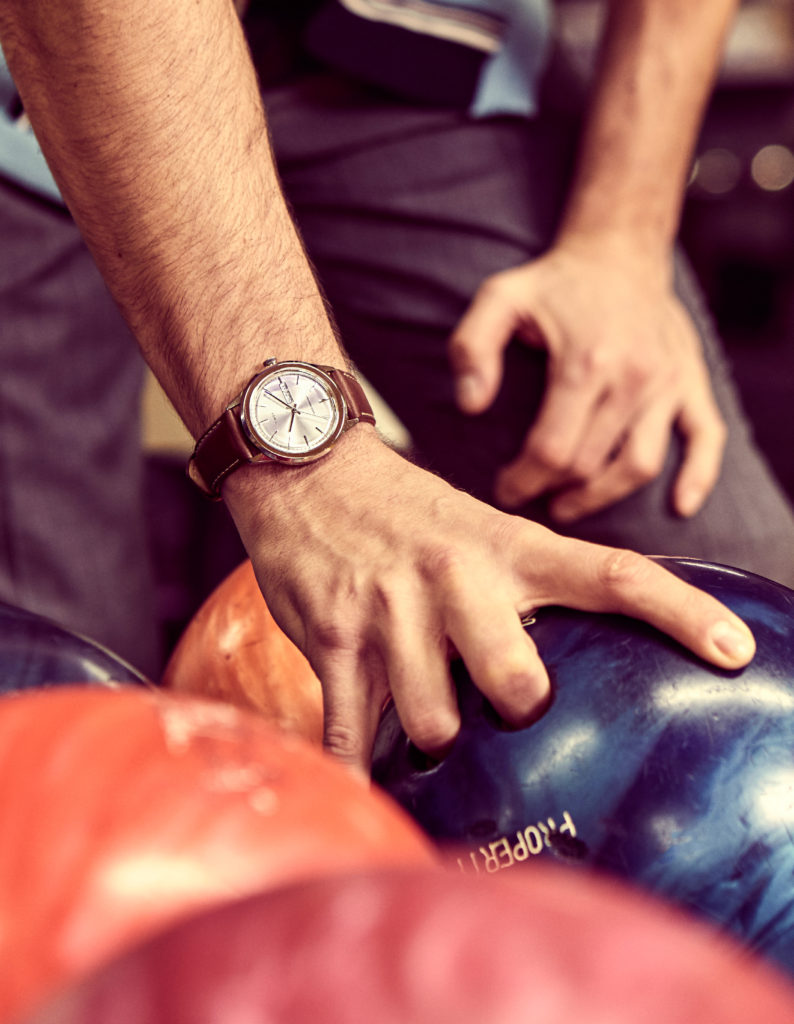 “I’m always in search for the ultimate gentlemen’s watch,” Todd says. “The Mid-Century is inspired by a vintage 70’s look that can be worn with formal or casual attire. It looks just as good with a suit as it does with a plain white t-shirt and a pair of blue jeans.”

While he often draws new project ideas by digging through the extensive archive of Timex watches, this idea came from a chance encounter.

“I was traveling in Europe and had a meeting with someone from the Timex team, and he was wearing the coolest old Timex with a day/date feature,” he says. “I liked it so much I took it right off his wrist and used it as the starting point for the Mid-Century. This watch is definitely one of my personal favorites.” 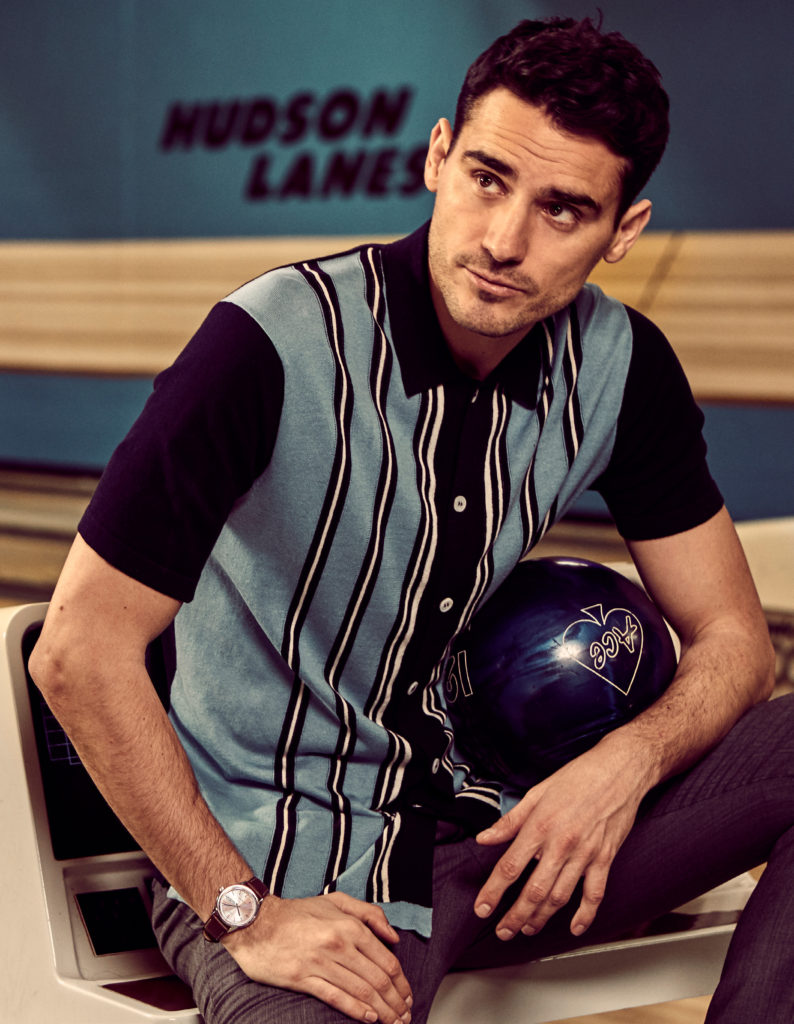 Unlike other Timex X Todd Snyder watches, the Mid-Century is not a re-issue but a new watch based on an original.

“From concept to finish, the process for this watch took almost two years,” he says. “It’s a new case and a new dial. Also, including the day/date element added a level of complexity to the process.”

The Todd Snyder + Timex Mid-Century timepiece is packed with vintage-inspired character and functional features. While the original was an automatic with chrome plated bezel, the new version is upgraded with a stainless-steel case and day/date quartz movement for improved accuracy. It’s styled with a handsome leather strap from S.B. Foot Tanning Co. and detailed with distinctive contrast stitching. The Mid-Century is crafted with the same domed acrylic crystal as the original, for an iconic timepiece that evokes the past while meeting today’s exacting standards. 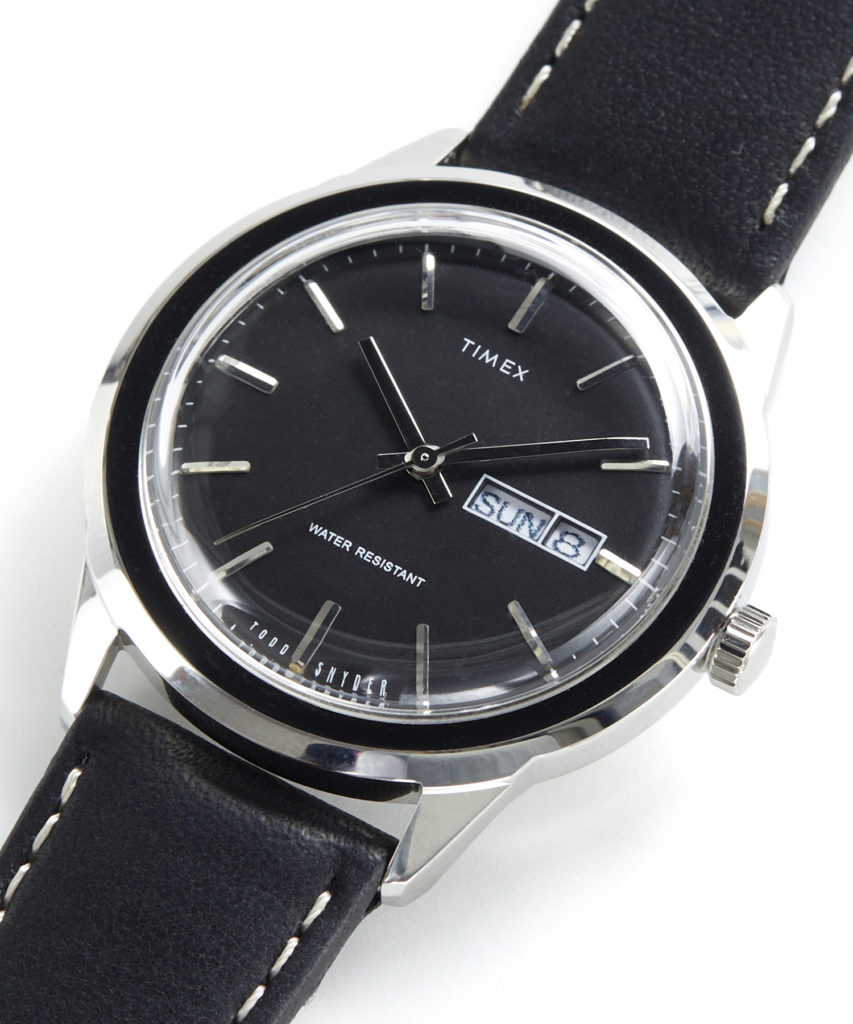 “With this watch, I wanted to capture that mid-century aesthetic”, he says. “I wanted a simple and clean look that would appeal to men of all ages and carry an air of elegance and sophistication.”

Available exclusively at the Todd Snyder flagship store on Madison Square Park in New York and on Toddsnyder.com, the Mid-Century Day/Date is the next step in a fruitful relationship between fashion design and watchmaking ingenuity.

“I look at my work with Timex as a fun journey,” he says. “Timex has been a part of my life since I can remember and now I want to help introduce this important brand to a new generation.” 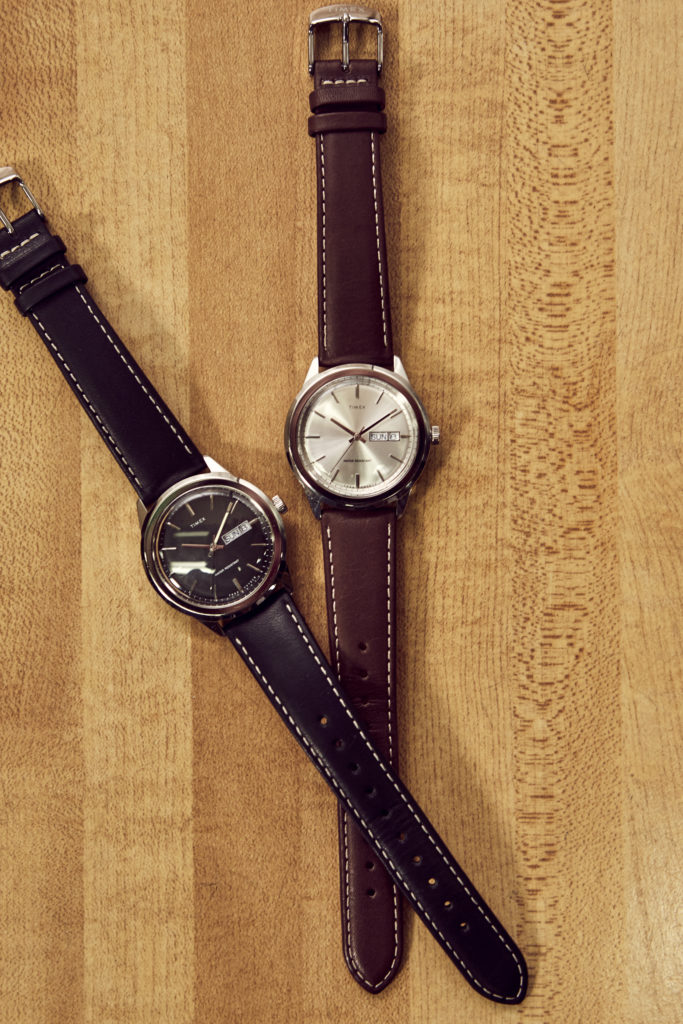