Two final editions in fashionable black and gold are the end of the line for the bestselling Giorgio Galli S1, but the Timex Milanese Creative Director’s expansive vision for the brand is just getting started. 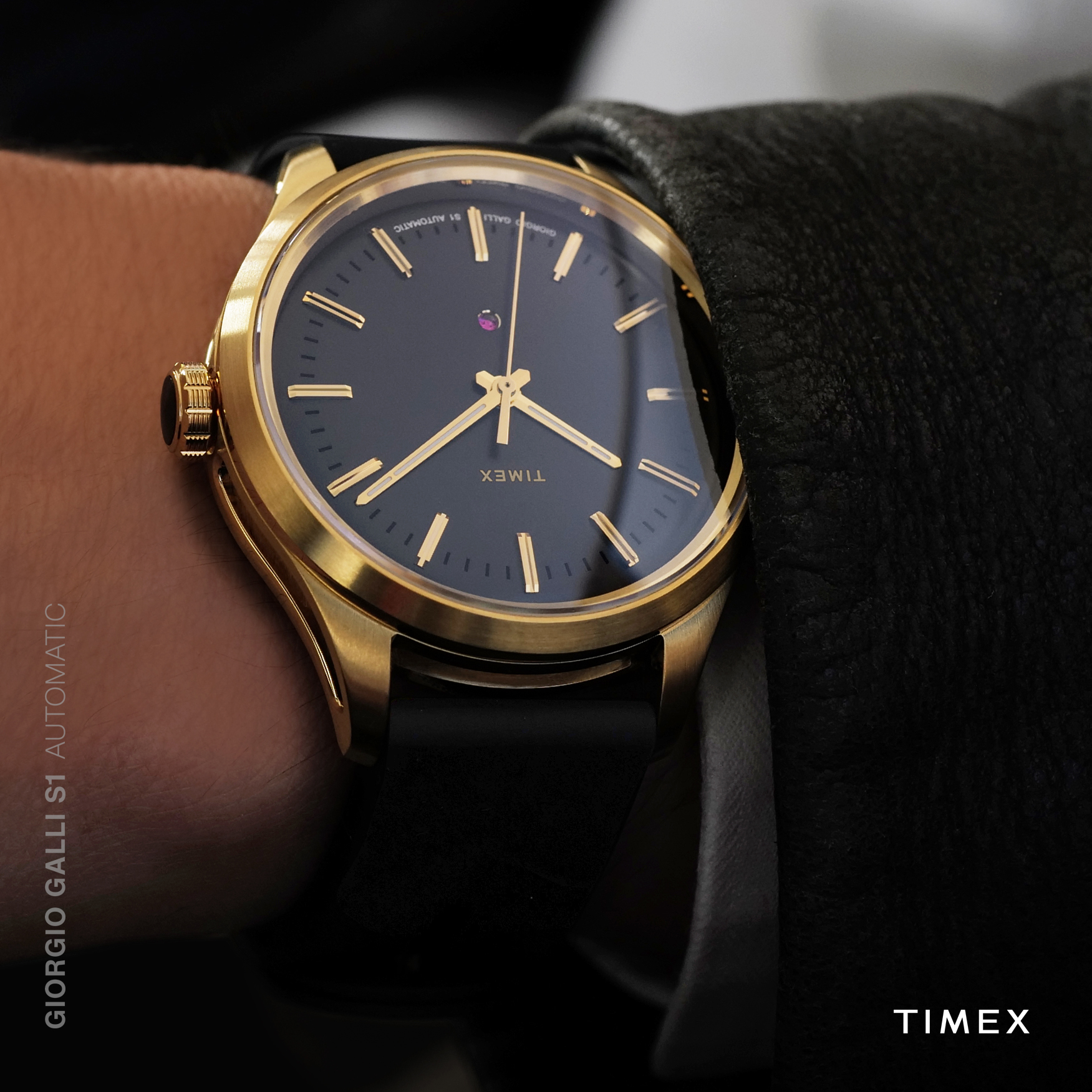 With over 165 years of history to its name, Timex has long been synonymous with reliable and hard-wearing watches that are as affordable as they are timeless – from the 1960s retro Marlin to the stylishly modern Easy Reader. While this well-earned reputation for accessible and functional watches has helped make Timex one of the most successful watch brands on the planet, it poses a unique challenge for in-house designers looking to shake things up. In 2019, however, this is exactly what Creative Director Giorgio Galli did.

Tasked with designing “the most “Timex” Timex ever made,” Galli began with a blank sheet of paper and a desire to expand the idea of what a Timex watch could be. The result was the Giorgio Galli S1, a watch equipped with a 24-jewel automatic movement, a triple-domed sapphire crystal, and a uniquely engineered cutaway case, all of which amounted to a bold new direction for the brand. Three years, and several best-selling versions of the S1 later, the watch is going out on a high note with two final editions in two-tone black and gold, and black-on-black. For Galli, however, this is just the beginning of his expansive vision for the brand.

“We should be thinking about the future,” says Galli, veteran watch designer who joined Timex in 2009. “We’ve developed classic styles based on the DNA of the company, and we’ve also made a lot of re-issues, but I don’t think Timex should stop there.” Galli likens his desire to push forward with new ideas, new designs, and new technologies to creating a “Grand Timex” brand within a brand. His pursuit of this vision has led to one groundbreaking design after another over Galli’s tenure, culminating with the creation of the Giorgio Galli S1 41mm in 2019. “I wanted to create a watch that I wouldn’t get tired of, which is difficult when you work with watches because you see so many things and are constantly working with new designs,” Galli says. “I wanted to do a watch that you could wear day or night, for a long time without getting bored, because it contains a lot of details that you discover over time as you use it.” 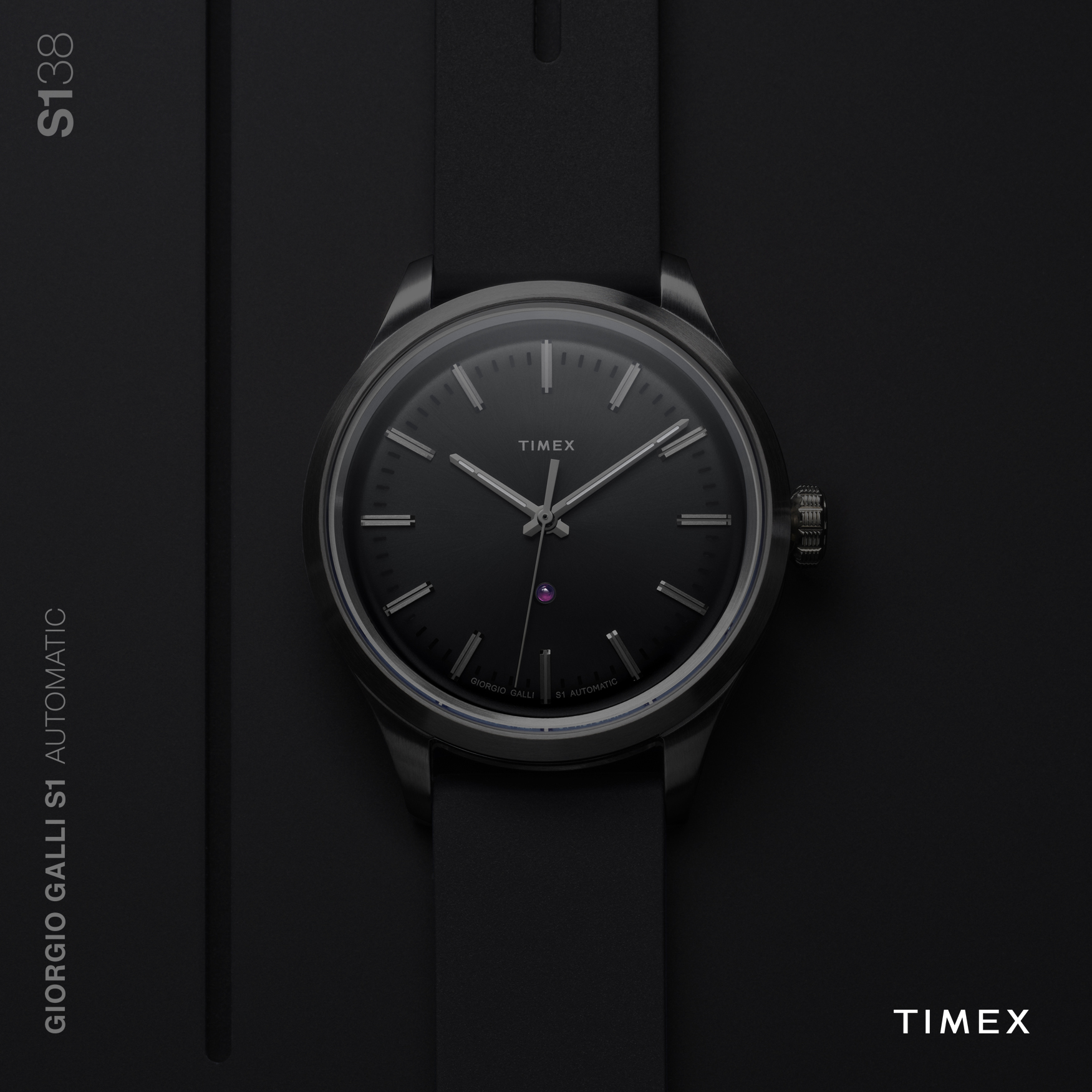 The process of designing the S1 – during which Galli was liberated from the constraints of marketing and sales, and allowed full creative control – went through countless changes and revisions, with Galli obsessing over every detail, from choosing the right dial color, to perfecting the injection molding process used to create the watch’s unique cutaway case. This process didn’t end with the launch of the first S1 model – quite the contrary. “We started with just one color and a bigger sized case, a 41mm, then we moved to the 38mm case in three colors,” Galli says of the S1’s evolution.

Starting with a 41mm case paired with a sun-brushed silver-tone dial, the original S1 was followed by a trio of 38mm editions with dials inspired by Galli’s passion for photography and travel. Executed in Inverness Green, Iceland Grey, and Atlantic Blue (homages to some of his favorite destinations), and studded with a single synthetic ruby at six o’clock, these timeless-yet-modern designs helped position the S1 – and the Timex brand – in the company of some of the most respected names in watchmaking.

“It had a very positive effect because it elevated the brand to a place where it hadn’t been perceived before,” Galli says. “It was a surprise for people, seeing the watch on Hodinkee and other places that are usually occupied by higher-end brands. It changed the perception of what the brand could do and where it’s going.” Timex will never stop making affordable products, Galli clarifies, but by adding a new level of products like the S1, the brand is now attracting legions of new fans who are as obsessed with watch design as Galli himself.

While production of the S1will end with this month’s duo of new editions in fashionable gold and black, Galli isn’t ready to retire the S1 altogether, with discussions around adding a GMT and other new complications ongoing. For now I’m just focused on the evolution of the line,” he says. 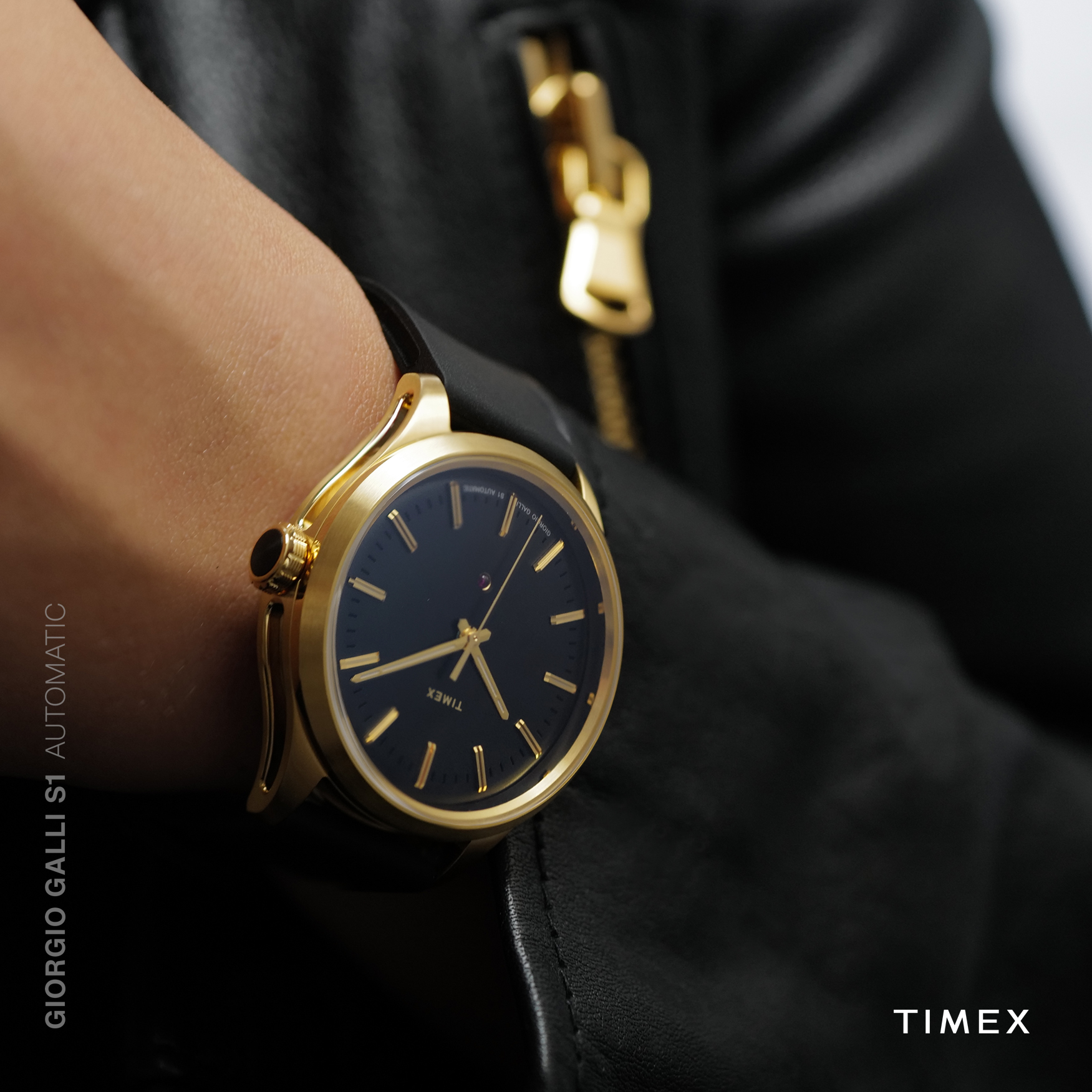 The next step of this evolution, the Giorgio Galli S2, promises to pick up where the S1 left off. More importantly, however, the S2 will have something that no other Timex does: an automatic Swiss movement. “It’s really a step forward for the brand,” says Galli of the decision. As much of a departure as this will be from business as usual, he adds, it’s still very much in keeping with the brand’s history and DNA. “In the 1970s we had Swiss products, so it’s not completely out of the blue,” he says. “I’m taking the S series to another level without abandoning the current one.” With new levels of detail and more complexity in its construction, but the same blend of classic and modern aesthetics, the S2 represents a significant move toward Galli’s ultimate vision for the brand. “Of course,” he adds. “We’re going to sell it at the right price – it’s going to be an affordable automatic Swiss-Made watch, with a high-end movement, for under $1,000.”

Currently in the final prototype stage, Galli is excited to put the S2 to the ultimate test: his own wrist. “I’m wearing it all the time, and I think it came out how it was meant to be,” he says approvingly. “It’s the same philosophy executed in a new way; it’s an evolution.”