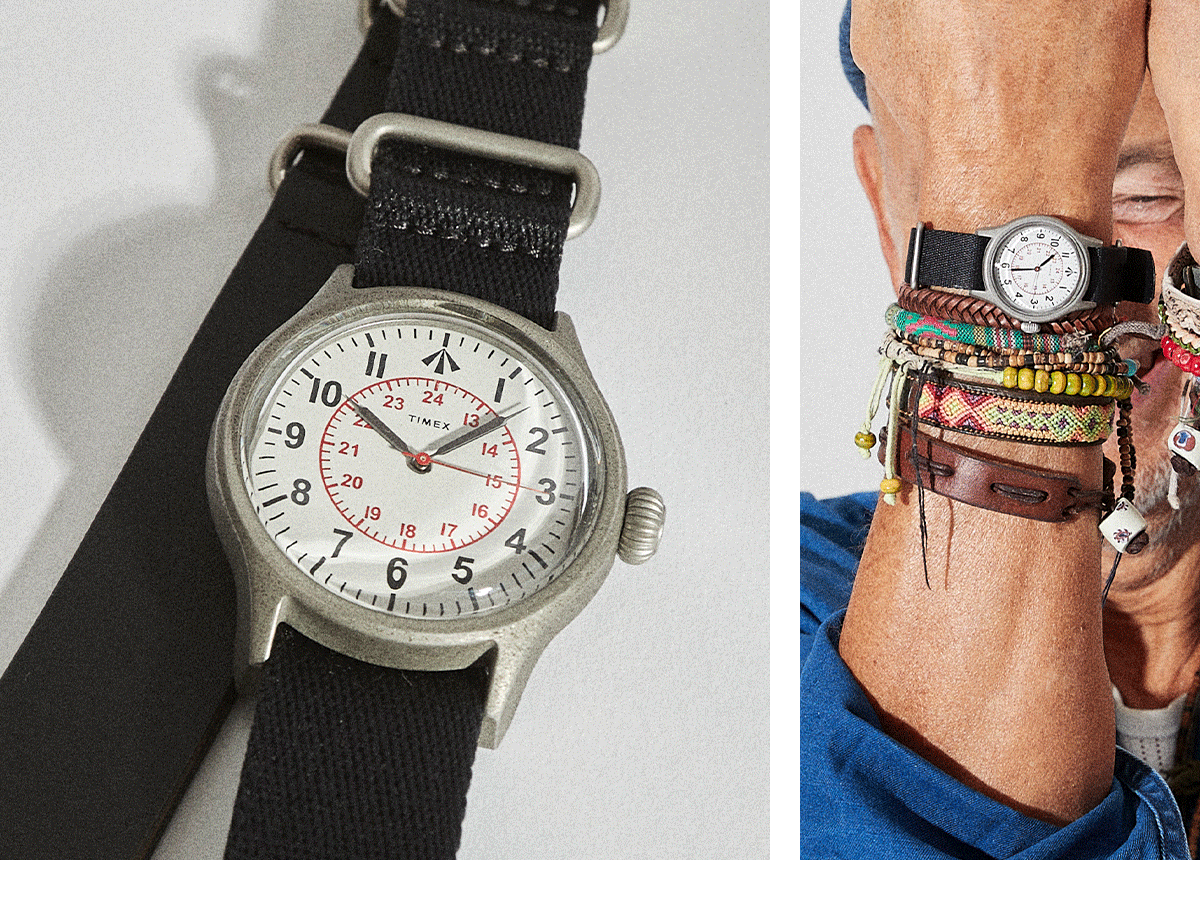 Nigel Cabourn, the English independent menswear designer with strong workwear and militaria influences, has joined up with Timex once again to deliver a new collaborative watch that pays homage to the Royal Navy's Arctic convoys that patrolled the North Sea during World War II. These oceangoing convoys carried supplies and equipment from the UK, Iceland and North America to the USSR between August 1941 and May 1945, skirting occupied Norway and braving brutal weather conditions. The convoys demonstrated a commitment by the Allies to aiding the USSR, and they tied up a significant portion of Germany's naval and air forces at the time.

Like Cabourn's prior collaborations with Timex, this watch recalls a time gone by as well as that era's relative ruggedness — times when form followed function, and choices in color or material were matters of necessity. 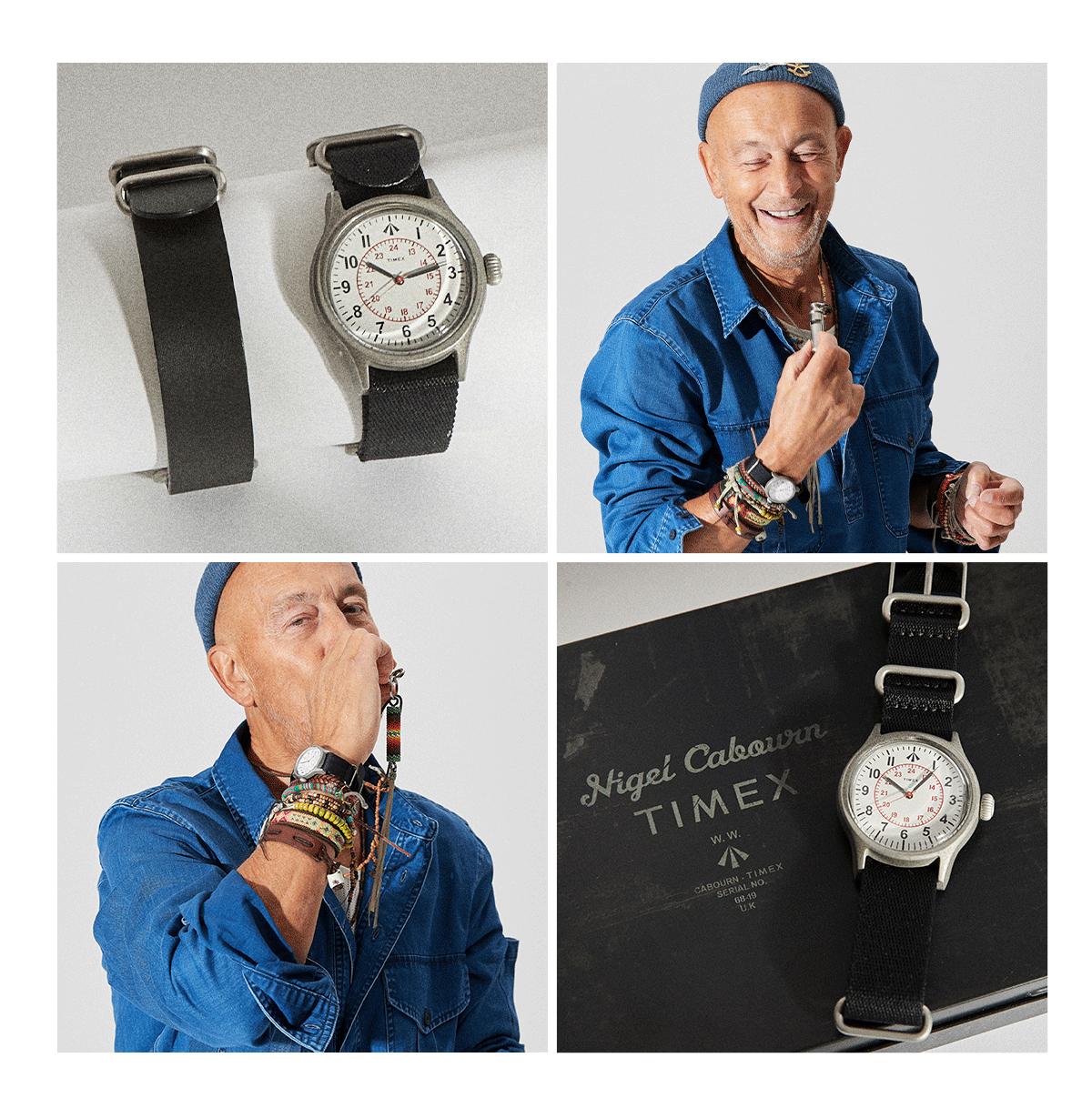 Drawing inspiration from military timepieces of the Vietnam and WWII eras prior, as well as a striking soccer-inspired design in orange and white, each new edition has sold out quickly and become a collectible item worth acquiring.

For this new effort, we’ve teamed up with Cabourn's team once again to give you the Naval Officers Watch. Featuring a white military dial with high-contrast markings, the watch's case is finished to emulate sea-air corrosion, a nod to the weathered look of military boats and seafaring equipment of the era that inspired the watch. The final product, delivered with two classic slip-through straps, is presented in a military-style carrying case. On your wrist it delivers a real tribute to wartime functionality as well as rugged, ageless style.

Shop the watch now, or visit Nigel Cabourn's site to learn more about this designer and what he's up to next.